Last week I had an idea after watching a DIY video (How to build a weight machine http://howtolou.com/). Lou built a resistance cable system in his basement and while not pretty is a great use of space and gave me the idea to incorporate something like it into the home.  My version would have a centralized weight stack (could be located between studs or in a cabinet) and from this stack cables would run throughout the house (probably limited to one floor).  Each cable would terminate in an 'outlet' that could be used to attach a bar for an exercise.  Further thought led to thinking about each outlet as a light fixture, probably LED.  Imagine a recessed LED fixture in your home that could also function as a Lat pulldown station or a small fixture in the wall that could be used as an upright rowing station.  In this way, the entire home could be a useful gym of sorts.  Here are a few sketches (now I need to find a friend with a building that has an unfinished interior like a garage so that we can build a prototype): 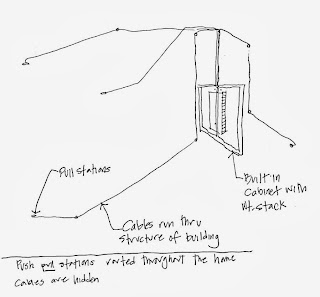 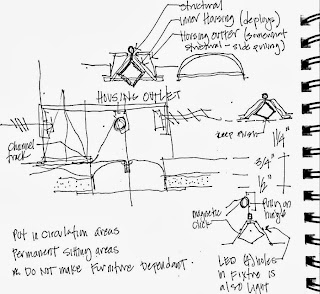 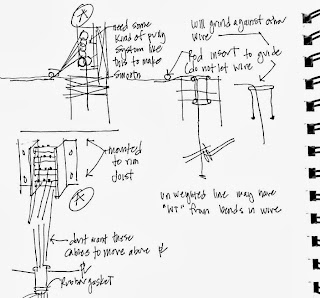